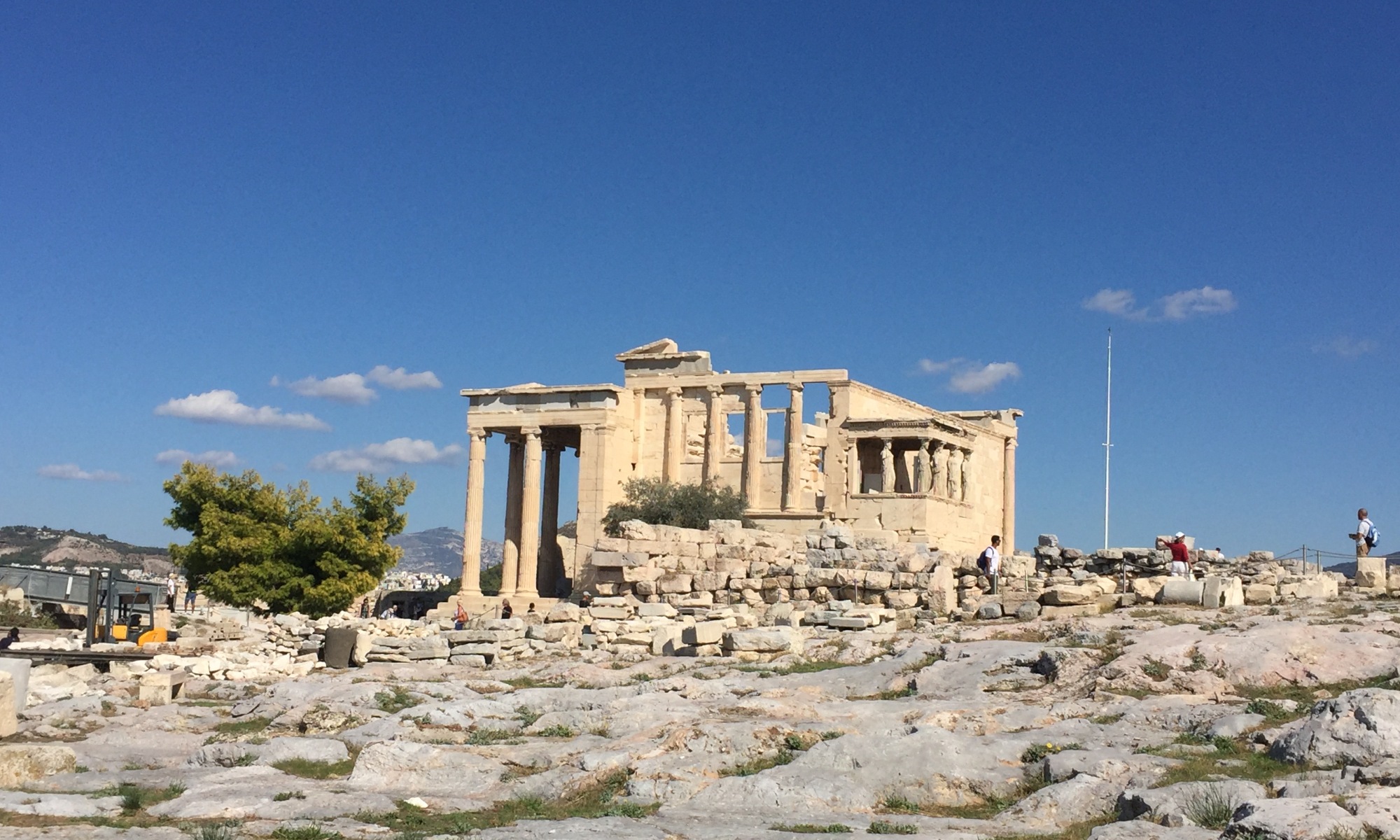 We arrived bright and early to Piraeus. Well, I can’t really say bright, the sun had yet to rise. Piraeus is the major port of Athens. After having a quick breakfast, I met Barbara on the dock. We had previously scheduled a private tour guide and transportation for the day. Nicholas was our driver with Faye as our guide. I would highly recommend them!

When visiting Athens, you should start with a very brief lesson in Greek mythology. In ancient times the city was being fought over by the gods Poseidon and Athena. It was then put to a vote by the mere mortals as to which god would claim the city. The people asked the gods for a gift and the best gift would win. Poseidon presented a stream of water and the offer of war. Athena presented the olive tree signifying peace and food. The women of the city overruled the men and voted for Athena, thus the city of Athens was born.

Nicholas started our tour by showing us around the city. He drove us past several of the stadiums that were used in the 2004 Olympics. We then headed to the first stadium of the modern Olympics! There was a lot of traffic during this time as it was the morning rush hour.

Continuing our drive around the city, we headed up a hill for a panoramic view. The views from up here were amazing! Athens is a large city housing an estimated 3.75 million people. When the population boomed, buildings were constructed sandwiched together without spacing between them. It is basically the opposite of what I am accustomed to in the American suburbs.

It was then time for Faye to give us our guided tour of the Acropolis Museum. But first, lunch! Can a person go to Greece and not have a gyro? I think not! I ordered a chicken gyro, while Barbara ordered the pork one. Lamb was not an option. Perhaps, that is just an obsession with Cleveland Greeks?

All fueled up we headed into the museum. It was wonderful having Faye guide us through. I learned far more than if I had walked through on my own. I only hope I can remember what she has told me!

It was now time to head up to the Acropolis! By the time we reached the entrance gate, I was completely overheated in my jacket. Visiting these ruins is not for the uncoordinated! The stone and marble have been worn smooth making it quite slippery to walk on. It was all worth it though standing in front of the Parthenon! Sadly, the cranes will always be there. There is a black fungus that is eating away at the stone. They are constantly cleaning the columns to preserve the monument for as long as possible. Everything that was removed has been cleaned and preserved in the museum. So go visit Athens now while you can still witness such an incredible piece of history! 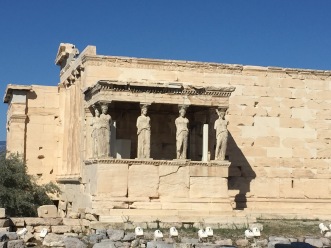 Returning to the ship, I took a much-needed nap. For dinner, we headed to our second up-charged restaurant, Le Bistro. If you couldn’t tell from the name, it is the ship’s French restaurant. Courtesy of the chef, we were offered toasted baguette with a salmon spread. I at first declined it, then deciding to be adventurous I gave it a try. To my surprise I enjoyed it! So much so that I finished it off. To start I ordered gratine a l’oignon, aka French onion soup. For my entree, I selected the filet de boeuf grille. Both were delicious! Next came the dessert menu. Creme brûlée, chocolate napoleon, and an assortment of profiteroles! The struggle to choose only one was real! I went with the chocolate napoleons. To our surprise, the waiter also brought out a creme brûlée as a treat!

I finished the day with a bit of reading. Tomorrow will be spent at sea as we make our way back to Croatia.